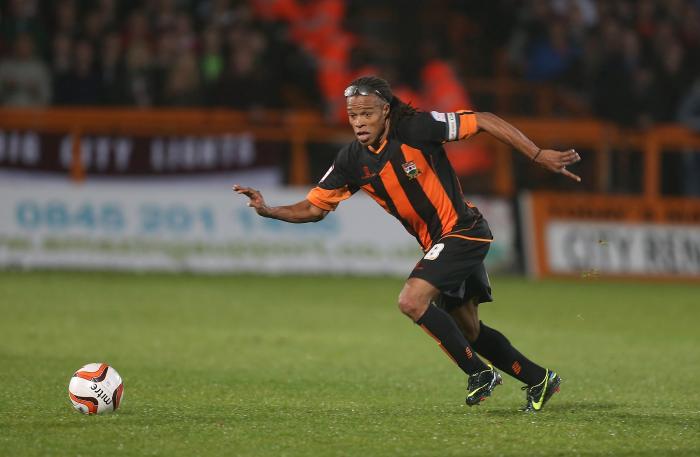 This week 5 years ago, this man walked through the doors at my club, Barnet FC and set us upon a whirlwind adventure to which came to a mutual end in 2014. I remember waking up to my phone pinging away on a Friday morning, texts coming in from friends, ‘have you seen the news? Edgar Davids is the new player manager at Barnet!’

I will admit I wasn’t overly surprised as 2 weeks before the announcement, I had seen a tweet saying he had been spotted at the Hive, now I know the Hive since it’s inception has seen football figures from all over the world visit and admire the facilities that maybe this was just another visit. But the fact Davids was residing in North London and keen to get into a football club, too easy to put two and two together?

Evidently not, and whilst not surprised, excited wasn’t the word, I mean how often had a legend the size of Davids dropped into League Two? And into little old Barnet? Needless to say the media had a field day, suddenly Barnet were the talked about team, the most column inches since the days of Barry Fry and Stan Flashman.

Not only was an international superstar walking into an Underhill ground which was hosting its last ever season for the boys in black and amber, he was joining a side bottom of the Football League and without a win in 11 games, Mark Robson’s side seemingly well out of their depth. Davids became joint head coach, alongside playing duties duly dispelling any fears over his fitness levels, completing 90 minutes two games into his reign.

Robson left in December to leave Davids in sole charge, and despite the awful start, he managed to claw back enough points to take the Bees to the final day of the season with a chance of survival, given the position the club was in when he arrived, it was nothing short of remarkable.

Having won the final ever game to be played at the club’s Underhill stadium the week previous, Davids and his charges couldn’t muster 3 more points to retain League status and once more the club dropped back into the Conference. To having been in with a shout of staying up after such a dreadful start to the season was testament to Davids, the coaching staff and the players, but playing catch up after those 11 games was a step to far.

For me personally, it’s something I never expect to see again at Barnet but you can never say never! There is a bigger highlight though, I negotiated to sponsor his shirt for the season. 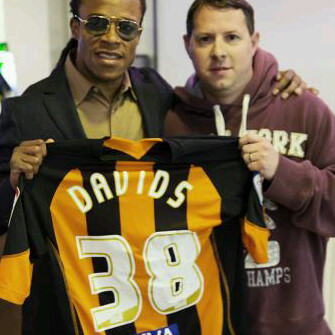 I don’t think I can personally top that, I didn’t ask for the shirt, I hope it either is with Edgar or the authentic one is displayed in The Hive, memories of something that can’t be changed and something I can say, I was involved with.

Back to the football, and that first season back was remembered all mostly the wrong reasons, players out to ruffle the Pitbull from day one, Edgar refusing to go to long distance away games and assigning himself the number 1 shirt. This man may have an ego, but when you’ve played where he has and in World Cups, who wouldn’t? We see it every day in the Premier League and while it might have provided publicity and column inches, not everyone appreciated the reasons Barnet were in the papers.

The fairytale ended in January of that season and in afterthought probably the right decision, but would I have changed the experience? No, without hesitation! A Champions League winner came to Barnet 5 years ago, brought a wonderful brand of passing football to a League Two side and put the club back in the spotlight, how many others in the lower end of the Football League can say ‘Edgar Davids played for my club’?