Last Sunday at the end of 2017, the curtain came down on a very disappointing season for the Dallas Cowboys. Whilst 12 teams head into the post season, the Cowboys are done for the year despite a 9-7 winning record, missing the play offs by a single game.

Finishing second in the NFC East behind a rampant Philadelphia Eagles who snared their crown wasn’t enough and blame can be apportioned across the board. Last year the Cowboys led by rookies QB Dak Prescott and RB Ezekiel Elliott cantered to a 13-3 record, blitzing all in front of them and setting the tone for what was expected this year.

But Dallas flattered to deceive throughout a majority of the season. The constant upheld suspension for star running back Elliott held a cloud over the team right up until the Seattle game on Xmas Eve, reluctantly accepting the 6 game ban for a crime not even tried in the law courts, the NFL punishing Dallas because it was Dallas? That’s for another day!

You can point to games quite often this year where the Cowboys lost from winning positions, Green Bay the biggest one springing to mind, but then also the week prior against a resurgent Rams, two wins that would have prolonged their season. The first three games before those two highlighted their inconsistency, grinding out a win over the Giants, totally outplayed by a poor Denver and then playing and controlling the gams against Arizona.  When you look through the whole of the Cowboys schedule, that paragraph you can read right through the 16 games!

Come Xmas Eve and still be in with a play off shot was probably more than was deserved, but having seen other teams results go in their favour earlier in the day, Dallas literally threw and dropped the game into Seattle’s lap and that was that! Following the final game against the Eagles on Twitter, a game that was 0-0 after 3 quarters (!), that laboured to a 6-0 Cowboys win, it was clear to see major work is needed with the organization over the off-season. 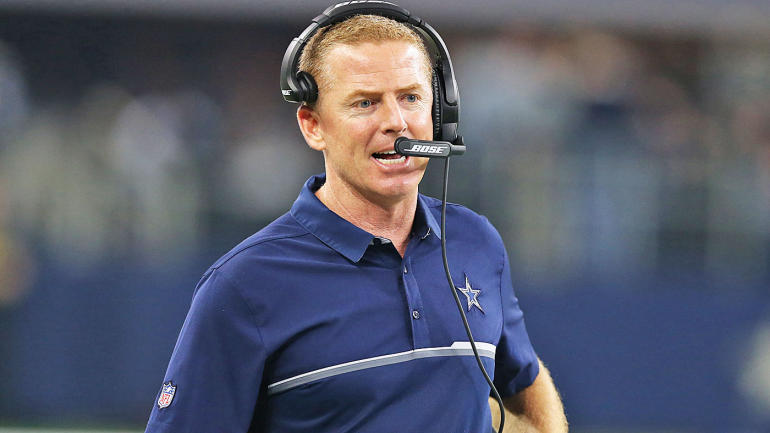 So, where do the issues lie? According to Owner Jerry Jones, not with the front line coaching staff. Jason Garrett survived Black Monday, not that I expected him not to, and it also appears OC Scott Linehan is safe, despite his offense not producing especially during the loss of Elliott. He should be at risk, the Cowboys play-book going down the field was poor and failed badly between QB and WR’s and the under-use of Elliott in the red zone in the Seattle game. If he keeps his job, the Cowboys need better routes and separation from their wide receivers.

The one bright spark from this season has been DC Rod Marinelli’s defense. For so long the weak link of the Cowboys, these guys stepped up to the plate more often than the O line did, and the rookie corners backs, Chidobe Awuzie and Jourdan Lewis showed enough promise to suggest the Cowboys have finally struck gold at this end of the field. Coupled with Demarcus Lawrence leading the team on sacks, Sean Lee leading on tackles despite more injury problems, a few additions via free agency and the draft should make Marinelli’s job even easier for next year.

For some, it will be the end of their Cowboys career, even Dez Bryant is being talked about in this category given his poor output for a number 1 receiver, and others will test the free agency waters. Whilst the lack of play off and Superbowl appearances in the last 20 years, Dallas is still the biggest franchise in the NFL and the biggest TV draw, but next year needs be to full of less superstars and more workman-like players if this time next season the Cowboys are in column inches for their achievements.