On Tuesday evening I ventured up to Billericay to see them take on Worthing, keen to see what all the fuss is about surrounding ‘Ricay, their money and the sometimes outspoken as some would say, chairman Glenn Tamplin.

For those of you who don’t know, Tamplin purchased Billericay Town FC in December 2016, and narrowly missed out on the play-offs. Naturally Tamplin, who had appointed himself as first team manager strengthened his squad but not with any old signings.

First in before last season had ended was former England full back Paul Konchesky, reported to be on wages well in excess of those really needed to compete at Bostik League level, and we’re not just talking hundreds of pounds! There was more to follow with ex-Premier League players in the shape of Jamie O’Hara and Jermaine Pennant, some saying it now resembled a circus rather than a football club and were those kind of players able to turn it on week in, week out at that level of football?

Unsurprisingly a lot of flak has fallen both Tamplin and Billericay’s way over the course of the season that like Manchester City levels above them are ‘buying the league title’. Couple that with previous Essex clubs that have tried the boom effect and then gone bust, looking in at the beginning of the season it was easy to see this as another one of those that will crash and burn once the money runs out or Tamplin has enough and walks away.

But, an interview I read in the Non League Paper a few weeks ago changed my perception of Tamplin and what he is trying to achieve. There is more than the just the marque super signings, there has been significant investment in the ground, advertising hoardings everywhere and of course the mural! Work in the community to get the football club out there, it’s the heart of every town and village, you can see the thought that has gone into this project and whilst it might not be everyone’s cup of tea it’s here, it’s happening and on the field in good shape to make it into the National League South.

In that interview, Tamplin talked about the plan to make the club self-sufficient within the next couple of years, his money will not back this club forever, whether that remains possible will be seen with all eyes on it, some hoping it fails and the club comes back to a level playing field.

Given Worthing’s league position, most would have expected an easy ‘Ricay win and the 4-0 full-time result in the hosts favour suggests that it was, but this was far from it. The Mackerel Men went in at half time level , Alfie Young having dealt with top scorer Jake Robinson comfortably and the only real threats were looking to come from set pieces given the height of the hosts centre-halves and Robinson’s striking partner Adam Cunnington.

And sure enough Cunnington notched the first goal from a free kick, a free header breaking the deadlock. Worthing had chances which on another day would end up in the net, but Billericay bodies blocked everything they could. Had one of those found the net, we would have had a different game on our hands. As it was Deering scored an absolute peach from 20 yards cutting in from the left and unleashing a shot Lucas Covolan could do nothing about.

As the Mackerel Men pushed forward it left the inevitable gaps at the back and Ricay certainly made the most of it for Deering and Cunnington to score 2 more goals to hand Worthing a heavy defeat. A good night for the hosts, one the visitors probably didn’t expect to get anything from given the gulf between the two sides, possibly the one disappointment was an extremely low attendance of 594, especially when they haven’t played at home for two weeks and the figure Tamplin has in mind as the break even figure. With the amount of games in hand over rivals Dulwich Hamlet it’s hard to see anything but the title heading to the AGP Arena, only the sheer amount of games left to play in the next months would trigger a downfall, but with the ability to bring in players such as Callum Butcher on loan until the end of the season there really should be only one outcome for Tamplin’s men. 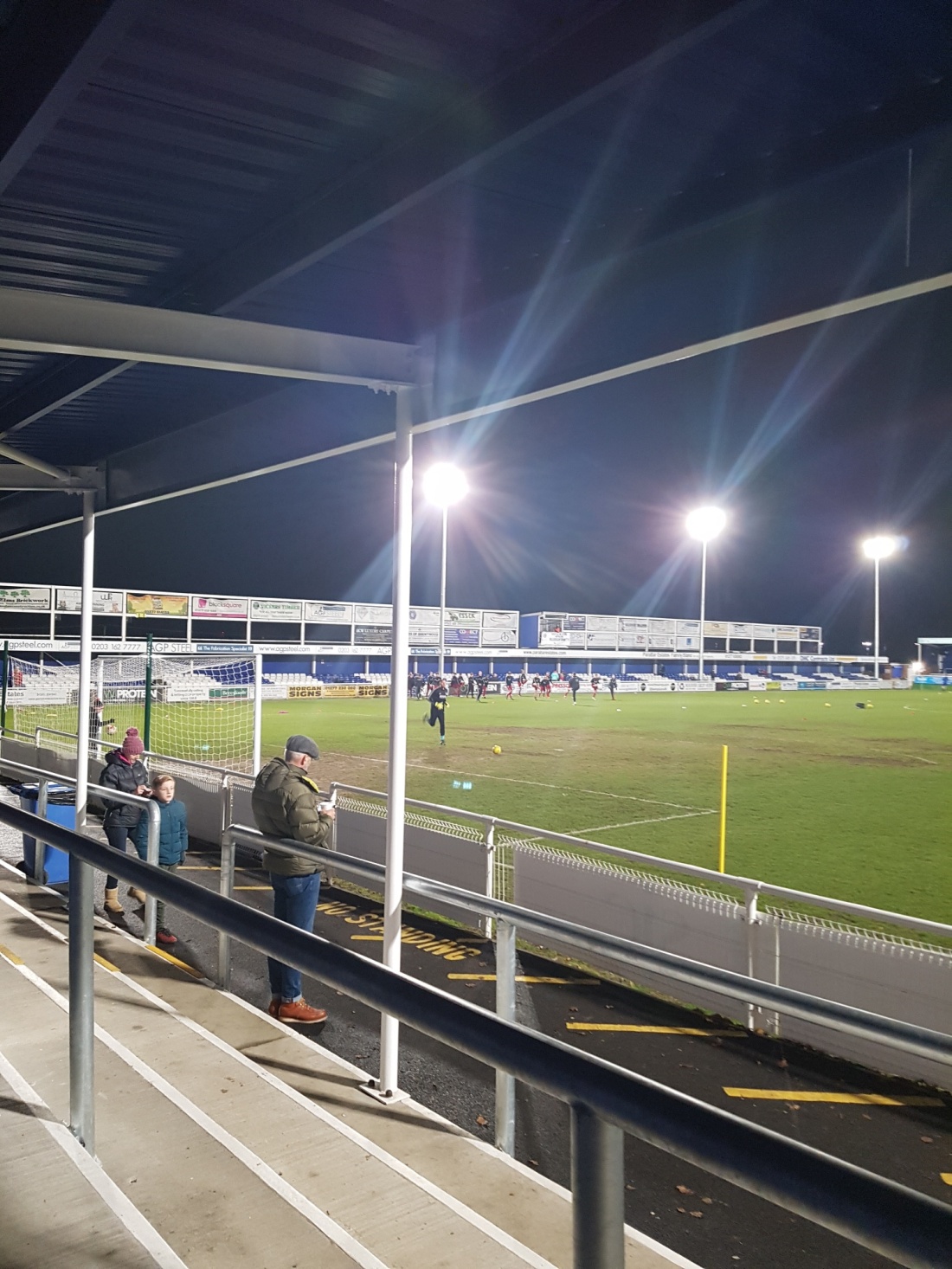