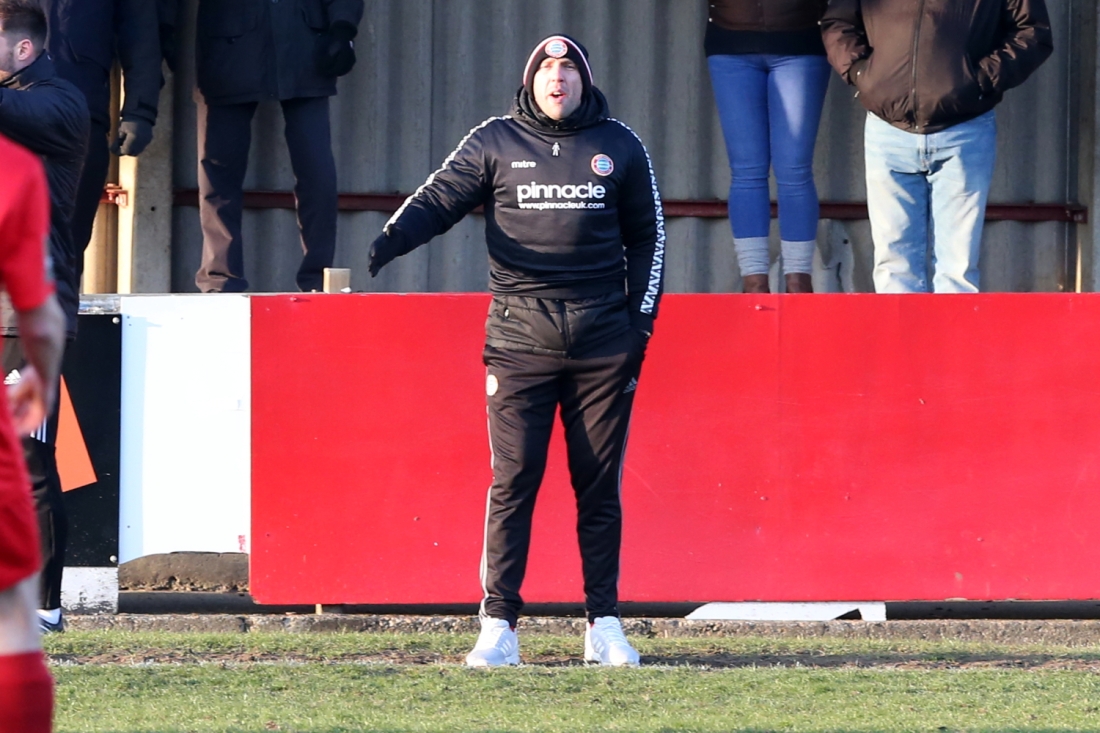 September 2017.  8 games into the season, rock bottom and only one point to your name. That was the situation facing Adam Hinshelwood when he agreed to become Worthing Football Club manager for a second time, possibly the most important phone call owner George Dowell has made this season.

Not only was the club struggling on the field with points, the 3G pitch itself was also struggling. Unable to play at Woodside Road after it failed a FIFA inspection, the Mackerel Men went on the road and Bognor Regis’ Nyewood Lane ground hosted their West Sussex neighbours.

Hinshelwood’s first game at the back end of September ended in defeat but contained 3-4 players who had come through the club’s Under 18 section. That was to be a common feature over the coming games as Hinshelwood sought to improve the first team playing staff.  Two games later, the team had picked up their first point under the new regime, only denied victory by a 90th minute goal.

The club returned to the Bibby Financial Services Stadium in mid October to gain their third point of the season and second under Hinshelwood. Despite only one point from the next three games, Worthing suddenly clicked into gear and at the beginning of November finally recorded their first league win of the season. But, it wasn’t until early December when a Tonbridge Angels side who were aiming for the play-offs, were dispatched 2-0 at Woodside Road that Mission Impossible had the makings of Mission Achievable.

At the end of 2017, Worthing finally moved off the bottom of the league and since then eight wins and five draws have secured the club’s Bostik League Premier Division status for another season after reaching the 50 point mark with four games to spare, something that looked totally unrealistic back in September or even October.

The credit has to go to the players as well. Having bought into what Hinshelwood and his coaching team are trying to achieve, they have responded throughout games, adapted when changes have been made to formations and personnel and at times it’s easy to forget a majority of the squad are under the age of 25.

The introduction of loan signings, Reece Meekums (Brighton) and Jesse Starkey (Gillingham) added some extra dimensions with raw pace and skill to compliment the goal scoring of Kieron Pamment, the returning Zack Newton and defensive skills of Alfie Young and Joel Colbran.

Captain Darren Budd and centre half Sam Rents have provided much needed experience as well as the recently-returned Aarran Racine which has been invaluable given what the average age of the starting eleven would be without them.

It has been remarked around Bostik circles and across Twitter that Worthing were too good to go down, even back when the club were still bottom in December. Both the manager and players have shown in performances since the end of the year that had the season started 3 months later, the Mackerel Men could well have been in and around the play-off places.

With plans in place for the start of an Academy and with 33 players having already made their way through to first team appearances, alongside the appointment of Pete Stone as Chairman Worthing are back on course in their aim to become and sustain as a National League South club.

I am lucky enough to speak to Adam two or three times a week for a preview or reaction to games for the club website. It certainly gives me a different insight into a lot of things, things I’ve learnt over the course of the season to look at from other angles when watching games, and not just Worthing games! As a Worthing fan, you can be assured that Hinshelwood will always get the best out of his players, but then you already knew that…………………