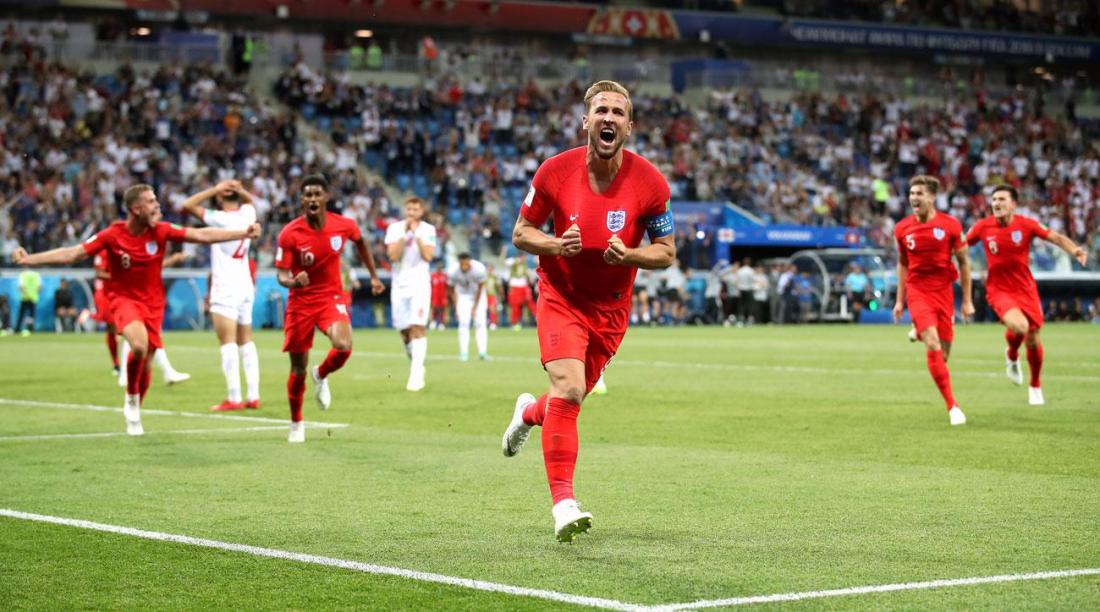 After 4 days of waiting, it was finally England’s turn to join the World Cup party on Monday. Pubs, clubs, bars all decked out with flags and bunting were finally seeing signs of life.

This is probably the first World Cup in a while where the Three Lions had gone without the expectation of a nation weighing on their shoulders. Most of us have lived through that ‘golden generation’ which failed to deliver both in World Cups and European Championships often with a high profile manager/coach at the helm.

Gareth Southgate wasn’t the first choice to replace Roy Hodgson, but having a successful period as Under 21 manager put him right there in the thinking and now here we are. Having qualified easily as group winners and confident performances in the pre-tournament friendlies, Southgate’s squad still haven’t found their way among the favourites, something I think is realistic and actually takes the pressure off what is a very young but also fairly experienced set of players.

England are expected to qualify from the group and facing the relative ‘forgotten’ group H in the second round means there could be raised expectation as the games go on. And unlike some of the other big name nations they got themselves off to a winning start.

Tunisia are the highest ranked of the African nations competing in Russia, so no walk-over by any stretch of the imagination. A bright start from England brought reward, Harry Kane netting his first World Cup goal. They then threatened to run riot, creating chances at will, but Jesse Lingard, Raheem Sterling and Dele Alli all failed to extend the lead and put England out of sight by half time.

While all looked comfortable, the wind gets taken out of your sails if you don’t take your chances and sure enough, a needless clumsy penalty given away by Kyle Walker gave Tunisia the chance to equalise and they didn’t need asking again, scores level, England left to rue those chances at half time.

The second half failed to match that of the early first half moments and Southgate rightly made changes, an injured Alli replaced by Ruben Loftus-Cheek and an out of sorts Sterling coming off for Marcus Rashford. The switch paid dividends on both sides of the pitch as both players injected more pace into proceedings and England once again looked threatening.

Just as time was running out and into the four minutes of stoppage time, up stepped the skipper once again, Kane in the right place at the right time to notch his and England’s second and get the campaign off to a winning start.

Whilst VAR has been used reasonably well in the early days of this tournament, it’s fair to say they all had the night off giving the man-handling of Kane not once but twice in the penalty area and not even a flicker of hope in someone actually paying some attention. So far, the officiating has been of a very good level in general, but Monday night’s referee certainly lowered the tone of performance.

Whilst there were a few off-colour performances in red, there were some outstanding ones, notably Kieran Trippier, Harry Maguire and Jordan Henderson. Southgate should be considering one or two changes for Sunday’s second match of the tournament. Ashley Young had a solid game at left back, but too often cutting inside his man when the ball was crying out to be whipped left footed into the box. The cameos from Rashford and Loftus-Cheek will give him food for thought, one chance may be forced if Alli fails to recover from a thigh strain/dead leg.

Everything has caught the imagination of the English public, with over 18 million TV viewer’s and 3 million more streaming online, it’s the most watched TV event this year beating the Royal Wedding. There is a feeling the lack of fear amongst the young players will help this team push into the latter stages of the tournament and backed by the support from home, hope is better suited than expectation.

By this time next week, the final game against Belgium should be a straight shoot-out for who tops the group and if confidence keeps growing, there’s no reason why England can’t finish top and take on anyone, but football’s a funny old game…………………………………