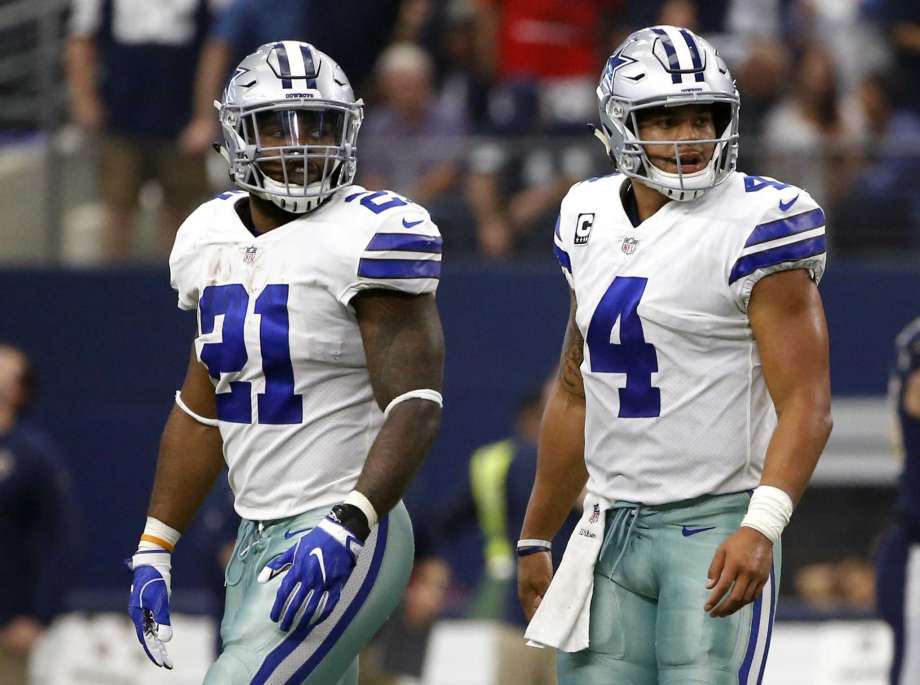 Whilst there were a lot of unpredictable results going around the NFL on Sunday, one thing was very predictable, the Dallas Cowboys offense struggled once again. Week 3 proved no better than Week 1 for the Cowboys, sandwiching a win over the New York Giants and showing last week’s flash in the pan start was indeed that.

For the second time in three weeks, Dak Prescott’s offensive line failed to protect him and the young quarterback was unable to get any momentum down the field as the previously winless Seattle Seahawks recorded that first win and sent the Cowboys to 1-2, tied with the Giants for last spot in the NFC East.

Whilst the O line was unable to give Prescott time to throw, it also stopped their effective running game with Zeke Elliott despite the running back notching a late touchdown. On paper the Cowboys have a decent looking wide receiver set, Allen Hurns, Cole Beasley, Devonte Thompson, Terrence Williams and Tavon Austin whilst recently re-signing Bryce Butler.

But nothing yet has clicked except an explosive start last week in victory over the Giants which then tailed off after the first quarter. The loss of Travis Fredrick has been deeply felt and with his receivers failing to create an separation down field, Prescott is under extreme pressure as soon as the ball is snapped to find a target.

Whilst the defense has been the Cowboys achilles heel for the past few years there are signs there that things are starting to come together and are making plays to get the opposition off the field, but while that is happening nothing is going right offensively.

Fingers naturally point to offensive coach Scott Linehan, whose playbook appears very limited and nothing to benefit either his QB or receivers. It seems nothing has been learnt from last season where Prescott also found options were lacking down the field despite having the likes of Dez Bryant and Jason Witten to target.

Some serious work needs to be done this week before the Cowboys take to the field in Arlington this coming Sunday against a Detroit Lions franchise coming off the back of defeating the Superbowl runners up New England Patriots followed by the primetime battle of Texas against Houston.

The Cowboys already trail the Redskins and defending Superbowl champions Eagles in the East just 3 games in and in these next two games face franchises who haven’t made the best start to the season and if the Cowboys go into the home game against Jacksonville at 3-2 then some hope for the remainder of the season will transpire.

Anything less than 2 wins from those games could see owner Jerry Jones having to remove a coach or two from their position to salvage a season from being over before October is in full swing, a bleak position no Cowboys fan wants to staring down the barrel at.