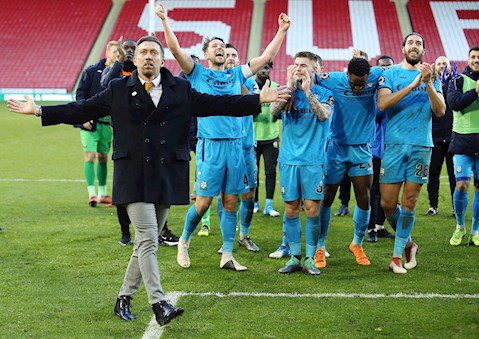 The magic of the FA Cup! Is it still alive or has it died amidst all the ever increasing amount of money within the game? For my generation there is still hope that non league and lower league teams can spring a surprise here and there each time the 3rd round comes to town. Generations above me can point to ‘giant-killings’ year on year or close fought battles between sides miles apart in league positioning.

For the side of Leagues One and Two, its the financial payday against a Premier League side which can generate enough to keep a club from making a loss for at least a season it seems. Further down into non league and it becomes more important. The increased prize money for those who start in August is most welcome to pay the bills, undertake a few ground improvements and some welcome exposure the further you get into the competition. But, is it becoming harder for the competition to stay alive?

From a Premier League club’s point of view you can to an extent understand why they devalue the cup. In relation to be being relegated and losing out on the millions washing the top level of the game against staying in a round or two more, there is no question which is more important.

From a fans point of view, its not acceptable especially when ticket prices don’t reflect on what is on offer in front of them. Other nations have less interest in their cup competitions but the FA Cup is globally known as ‘the cup competition’, the magic the romance of the Cup.

Some point the finger at Manchester Utd, allowed to dip  out on entering and defending the cup almost two decades ago to chase glory in the World Club Cup halfway across the world. Since that time, clubs have chosen to field ‘weakened’ teams, in their eyes a first team squad being utilised, but seen by others as chance to rest star players due to it’s lack of importance.

Television has had it’s part to play too. Once again, money talking takes some of the enjoyment out of the draw for each round because you know there’s a good chance your team will end up playing on a different day, mostly with a lack of respect for the fans with the kick off time allocated to it to please the TV companies.

Third round day is one of the biggest in the footballing calendar, but fixtures were pulled all over the place this weekend which left only 10 ties out of 32 kicking off at 3pm with 8 games moved to the Sunday for either highlights or live action. Luckily, over the course of these games we saw some evidence the magic is still there and there is some romance left in the competition.

The biggest shock has to go down as Barnet’s 1-0 win at Sheffield Utd, a club aiming for a return to the Premier League and with 10 changes from their previous league game based on ‘tiredness’ from too many Xmas and New Year games, funnily enough Barnet played exactly the same amount of games over the same period but certainly weren’t resting players, making a mockery of the 84 places between the 2 teams.

We also saw Newport triumph over Leicester, Gillingham knocking out Cardiff and Fulham humbled at home by Oldham, two of those three now able to ‘concentrate on retaining Premier League status’.

How the FA can go about changing the way the cup is viewed is unclear, after all the Premier League run the game in this country and this is an FA competition, but it’s clear there needs to be an overhaul in some shape or form to return it to a better format where shocks are once again the norm and the big boys play nicely, maybe it’s just a pipe dream and this is evolution, lets hope we’re not witnessing the beginning of the end for the world’s greatest cup competition………………………..