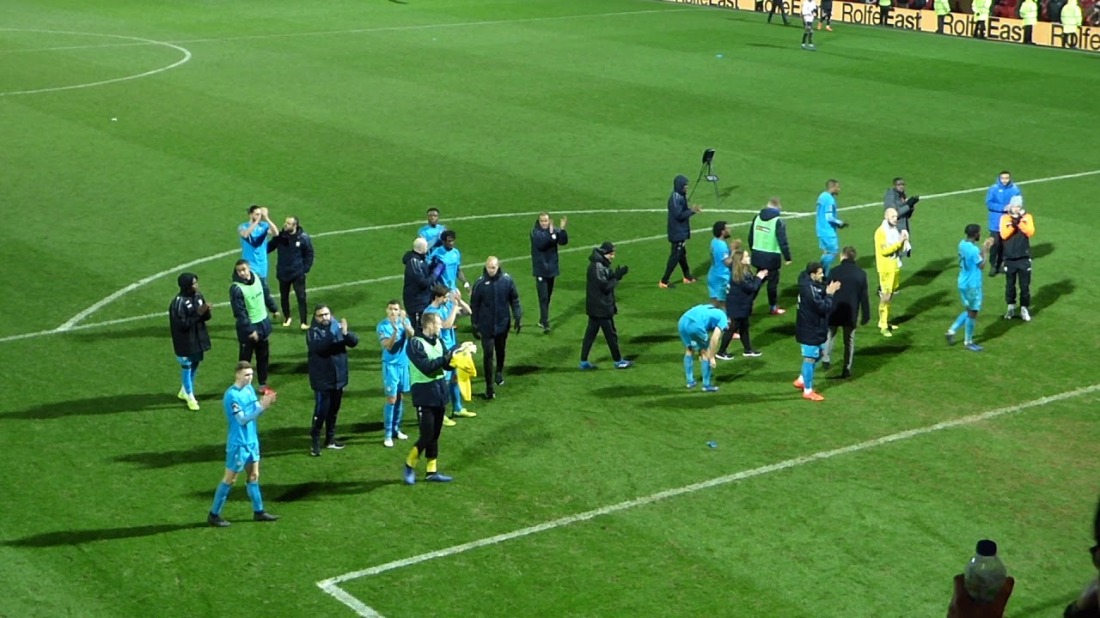 I make no apologies this evening for blogging about Barnet again just a few days after the last piece. On Tuesday evening I set off for Brentford ready to see the last standing non-league team in this season’s FA Cup, you know the one half the country doesn’t take too seriously anymore! As of kick off time, the real Bees were the only non league side still in all the cup competitions they’ve entered, quite a feat really given we’re in February.

Before the game there was a lot of controversy over ticket sales, not enough tickets and no system for selling tickets in a more orderly fashion. I have to admit I don’t get to The Hive as regularly as I would like to. Why? I live in Littlehampton, down on the South Coast a two and a half hour drive one way to The Hive without any traffic delays, it’s closer to three hours or longer in most cases.

I’m also the Secretary to my local County League side Wick, which ties me to Saturdays there and midweek Tuesdays which makes life more difficult admin wise for me if I don’t attend, something which will change next season because I want more freedom. I’m lucky enough to have had a season ticket within the past 20 years and the luxury of travelling up and down the country following the Bees. Nowadays, anything more local to the South East and I’m there!

Anyway, enough of rambling on and into the game! Having witnessed the first game via BT Sport, the question would be could Darren Currie’s team raise themselves to a performance of the same level of a week ago?

As you would expect the Championship side enjoyed the lion’s share of the possession, but without really testing Mark Cousins in the Barnet goal, preferring more often than not to work the ball out wide and send low, whipping crosses into the box. Two Brentford goals arrived before half time, both from set pieces and both not defended terribly well in front of us. But, despite that Barnet weren’t yet out of it, and almost grabbed one back just as the half ended, Jack Taylor’s drive flashing wide of the far post.

As with last week, Barnet well and truly took the game to Brentford in the second half, long spells of pressure which had the not so right colour looking Bees not able to get the ball back very easily, but alas they failed to hit the back of the net. Dan Sparkes, yes the scorer of THAT free kick had two efforts which were inches and I mean inches away from rivalling his fabulous strike from last week, before Brentford sealed the tie with a breakaway third goal.

Barnet however made sure the defence was breached, David Tutonda popping one into the top corner and had Craig Robson’s header dropped into the net instead of hitting the bar it might have been a nervy last few minutes. But, not to be (or bee) and the end of a run that has brought the club back together a little bit. Over two games the team have shown the levels their ability can match and now it’s down to them to capitalise on the games in hand and start to climb the National League table, starting this weekend against Sutton Utd. And then it’s back to the cup competitions again, one step closer to Wembley might be on cards once again, me I’m heading for a club committee meeting or The Hive probably would have beckoned next Tuesday, oh well best get scouring that fixture list for my next instalment of black and amber…………