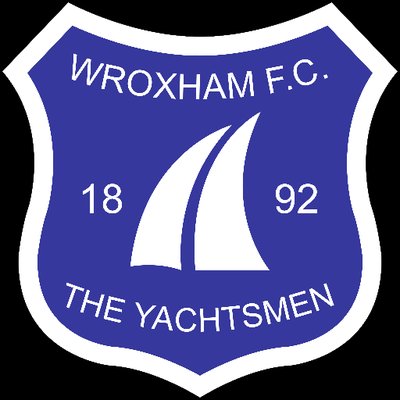 Back in November I blogged about Wroxham FC, a club I have a bit of affinity with but then there’s clubs all over the non-league pyramid you can get attached to for various reasons. I promised Lee Robson I would re-visit the Yachtsmen before the end of the season to see how they’ve faired since then.

At around the stage I completed the last article, Wroxham were looking good for a top 4 spot and less than two wins off top spot despite playing more games than their rivals. Since then Histon have stormed to the top of the table and only a monumental collapse will stop them taking the title.

The remainder of November and all of December bar the final game of 2018 saw the Yachtsmen fall further behind the chasing pack, but as we enter the final couple of months of the season 5th place is not out of the question and I think it would reflect as a positive season and definitely going in the right direction once again.

Wroxham are certainly well supported and have been for a few years previous, not one league home game all season has attracted less than 100 supporters, something a lot of clubs at Step 5 level would be envious of, even to get half of that number would suffice for a lot of clubs. You can even find that support beating clubs at Bostik level above them so should they be able to get themselves promoted again in better shape than they came down in, money coming in through the gate helps no end to keep things ticking over.

When you look through the club website, you see players with a sponsor all through the pages a sign the commercial side of the club are doing fantastic work in getting money into the club, that side of things can not be under-estimated. Whilst getting supporters in through the gate is vital so is getting businesses involved and ingrained in the club fabric, the club is even holding a Casino night as I blog, you really have to try everything you can at grassroots level to make the till ring.

At the other end of the table it’s a nervous look out for the results of Great Yarmouth Town, I am hoping they get themselves out of relegation trouble so I can put the Wroxham – Yarmouth fixture on the calendar for next season. There is a small potential that I can make it to Trafford Park this season, a spare Saturday has arisen next month so Wroxham FC I’ll keep you posted! Whatever happens, changes for me next season will mean I’ll have more variety as to where I can go for games, this club is definitely on my radar.