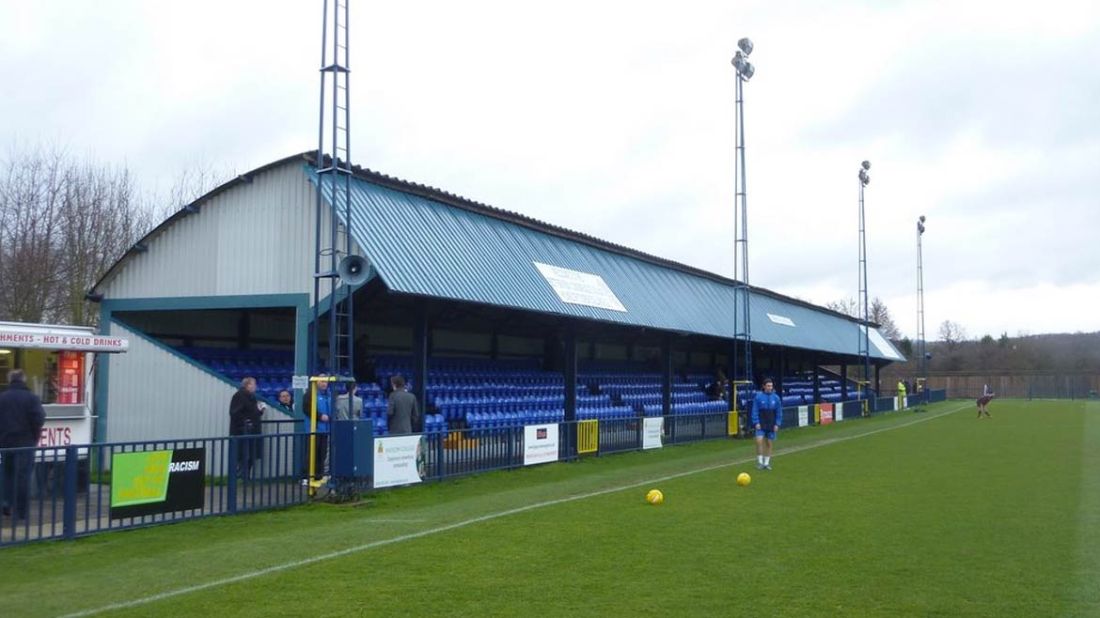 Tonbridge. Overshadowed in name by it’s royal neighbours down the road but steeped in history. A club I used to live round the corner from for a good 10 years or so, Longmead Stadium is one I frequented often, in fact I’ve even played on the surface back in the day for Tunbridge Wells Grammar School, scoring the first goal in a 5-0 semi final rout but missed the final with a broken nose, the only broken bone in over 20 years of playing.

Now living down on the Sussex coast and being involved as a Secretary at Wick FC, trips to watch other games, and back to Kent, are few and far between. Last season I made it back to Longmead for the first time in over 12 years when Worthing were the visitors, my involvement with the Mackerel Men gave me good excuse to return ‘home’ and also to catch up with some footballing friends. As it was, I had already seen the return fixture in December, Worthing winning both games in their quest to stay up.

The ground has certainly changed a lot since the last time I was there, the stand above in the picture was covered but no seats, railway sleepers to stand on in their place. Other parts of the ground I noticed had been improved as well such as the tea bars looking very plush and professional in appearance.

Despite living in Sussex as mentioned, Kent teams results are something I look out for as a matter of interest, especially those whose town or village I have previously lived in and Tonbridge are no different.  The Angels have tasted their fair share of success since the turn of the century and had a short spell at Conference South level a little over 6 years ago.

Since then the Bostik Premier has been their home and you can’t fail to say they’ve been consistent in their attempts to get back up to the National League, although last year falling away to finish mid-table. Visiting teams that come to Longmead know they will face a hard working side set up well by Steve McKimm, they don’t often suffer heavy defeats.

Like most clubs at this level and beyond, money is not a bottomless pit and attendances are not in the league of the likes of Worthing, but steady nonetheless. It does require some budget adjusting on the playing side from time to time to get the best out of the money available, something I admire McKimm for as it rarely seems to impact on the field in terms of results.

At the time of writing, Tonbridge sit in third place in the table, fourteen points behind leaders Dorking so it would take a fantastic run of results to get the title. There is a battle behind them to make the play-offs, the Angels themselves are not guaranteed a spot but have their future very much in their own hands as the season enters the final furlong.

Ten wins away from home is no mean feat either, only Worthing can match them in that respect. Given the solid look of the team, it would be a major surprise for Tonbridge to fall away, having another crack at the National League South would hopefully draw more people in to the club once again, the question as always will enough money flow to keep the club at a higher echelon?