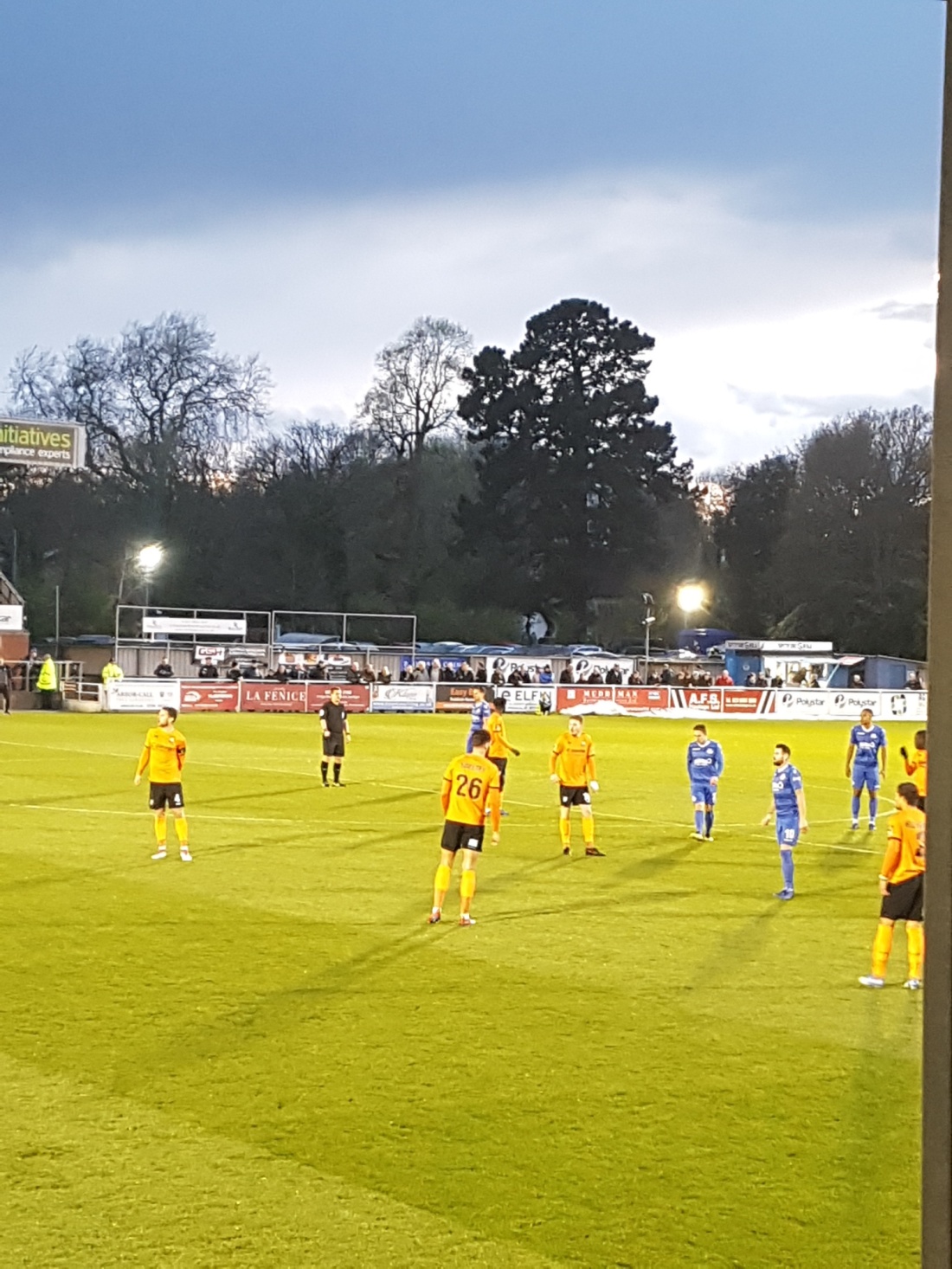 On Tuesday evening I made the short journey down the A/M27 to Eastleigh to watch Barnet in action for only the third time this season. As I’ve well documented in previous blogs, being a Secretary at a Step 6 club this season has curtailed many a trip to watch the Bees in action. Some might say I’ve had a lucky escape not having to endure some of this season’s performances, but recently those performances seem a long, long way away.

Early season favourites for an immediate return to the Football League, that quickly fell away after not registering a win in the first five games. Despite that giving way to five successive wins, the league season petered out soon after that with the only respite coming in both the FA Cup and Trophy, but while those cup runs were keeping the season alive the team were dropping down the table due to a lack of league games played and soon found themselves in a relegation battle instead of a promotion tussle.

Results were still slow to improve despite better showings in the cup games whilst attendances dipped below the 1000 mark on a number of occasions. Amongst all that, Darren Currie kept his nerve. Across social media plenty of criticism came the way of Currie and his players, well effectively John Still’s players. The games in hand weren’t producing results and everywhere you looked other teams were winning games at the bottom increasing the pressure.

Out of nowhere against this backdrop has come an amazing run of form. Clean sheets in abundance, six to be exact after Tuesday’s emphatic win at play-off chasing Eastleigh. I say emphatic because it was, against eleven and then ten for the hosts, CurrieBall took over. The way the players looked after the ball from front to back and back to front was something I’d not seen since Edgar Davids days as Bees boss, was a joy to watch and yet reading an interview today, Currie wants more, to value the ball, I’m not sure how much more value there is because it stunned the life out of Eastleigh.

It was great to see players like Cheye Alexander and Medy Elito, not revered at all before Christmas, now appear to have come into their own, the youthful exuberance from Wes Fonguck, Harry Taylor and Ephron Mason-Clark backed by the more experienced Craig Robson and Callum Reynolds has come together to give the supporters hope for next season and possibly an expectation to finish this season strongly.

The man responsible is still waiting to hear that this ‘rolling’ contract becomes permanent and is given the chance to build a promotion winning team for 2019-20. I’m sure he already knows what is needed for next year but can’t plan for it until it’s signed and sealed. The players know they’re playing for Barnet FC futures, Currie won’t be shy in letting those go he thinks are not up to it, we’ve seen how honest his post match interviews are, a passion for the job and the club.

It’s the only job that should be on Tony Kleanthous’ list currently, make DC the man in charge and let’s get away from this constant return to Martin Allen only to be back to square one when the money pot is dangled in front of him. I’ve long been backing DC, nothing to do with being his sponsor, we have the chance to break the MA cycle, take it TK or we’ll be forever a yo-yo club, see you all at Maidstone………..

As the title suggests, this is a football writing blog about non-league football. I support Barnet and Tottenham Hotspur, am a writer for o-posts.com, Langney Wanderers FC, East Preston FC, and Met Police FC. View all posts by footballwritingblog