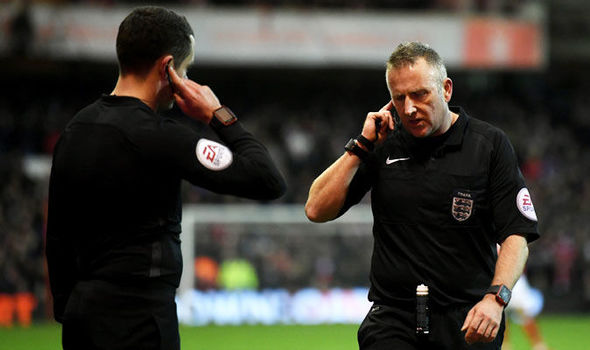 From the beginning of the coming season non-league clubs at Steps 5 and 6 will encounter an extra dimension alongside the new rules every league and club will face, the sin bin.

Brought in by the International Football Association Board (IFAB), for the 2017-18 season as the first trial and extended into 2018-19, the Football Association’s across the world had to implement as mandatory and chose the lowest levels to test them out.

The English FA chose to use the sin bin experiment for dissent against match officials with the aim of bringing down the number of yellow cards issued to players for foul language or dissenting actions. The figures spoke for themselves in 2016-17 where across the country there were 73,500 cautions for dissent at £10 a time, which ultimately costs the clubs before it reaches the player.

Over 135,000 matches played in the following two seasons have seen dissent cautions drop to 0.46 per match which is a huge drop and suggests the scheme has worked.

But, how does it work? Each player who commits a caution worthy of dissent will now spend 10 minutes in the ‘sin bin’, which in turn punishes the player and his team immediately instead of a retrospective fine and caution which adds to a tally over the course of games. There can be more than one player in the bin at any one time from either side, that of course can give immediate advantage to the opposition and end up costing your own side valuable points.

The referee does still have some ability to use common sense when deciding what he sees as dissent and whether it’s worthy of a 10 minute break for a player, however failure to step on the issue at the beginning of the game could then cause problems later on in the game.

There is a lot of scepticism around the control of the sin bin by the referee who most clubs would feel have enough on their plate controlling the game without having to monitor the sidelines as well. If the figures are as impressive with the introduction of more leagues operating the new system then both clubs and players will benefit more, referee’s will be able to concentrate on running the game and the Respect campaign can properly be enforced.

As with VAR this is another thing that won’t be going away and will make its way up the footballing ladder to the very top where questioning every refereeing decision is now seen as the normal, but those days will one day soon be coming to an end.

I personally see it as a good idea, I’m sceptical that it can be managed properly at a level where referee’s do not have the benefit of a fourth official to keep a check on things, there is enough for them to keep an eye on but it’s here and we’re just gonna have to suck it and see………….