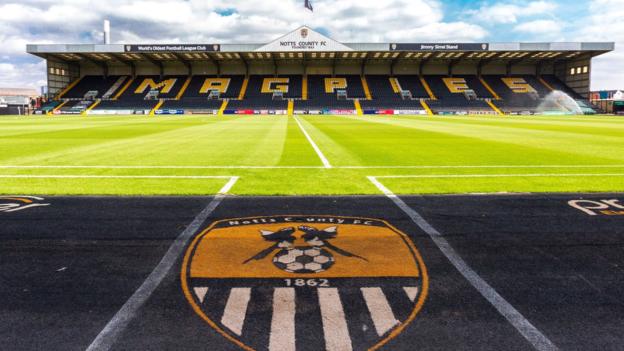 Clubs going bankrupt or going into administration is nothing new, but why is it happening on a more common basis? You can go back to the 1960’s when Accrington Stanley a founder member of the Football League became one of the first clubs to disappear from the football radar owing thousands of pounds.

Whilst in the 80’s there were a handful of clubs who entered administration and exited pretty quickly, it was the 90’s just as the Premier League riches began to enrich the financial column, clubs started to go under. At this point, I wouldn’t say the inception of the new top division contributed to their demise but you can point to some clubs chasing the dream at the expense of a whole club disappearing.

Not all clubs come under that umbrella, Aldershot went under with owner changes failing the club and it’s supporters. I saw first hand at Maidstone Utd, owner Jim Thompson desperately chasing the Football League dream and achieving it by spending the proceeds of the sale from their London Road home, pitching up at Dartford and winning promotion.

Three years later and one huge failed planning application for a new stadium back in Maidstone sounded the death knell for the Stones and the end of a club for their supporters. Not only did that affect their supporters they dragged Dartford under as well and both clubs disappeared for a season. Both re-formed the season after but it has been a huge struggle to get back to the levels they were both at before.

I don’t think it can be denied we are at levels where clubs constantly chase the dream and in order to compete find a way to overspend. The financial gulf not just at the top levels is evident right down in non-league. As featured above Notts County are one of the latest clubs to fall into financial trouble, facing a third winding up order from the taxman at the end of this month. Having used his companies to run the financial side of the club, owner Alan Hardy is now out of funds after administration, once they ran into difficulties then the club wasn’t in a position to trade. Players, staff and managers haven’t been paid in full for June, both football and non-football creditors will be waiting for cash and the knock on effect can be small businesses closing the doors because they are owed thousands.

The financial disparity and ineffective use of the ‘fit and proper persons test’ in has certainly caused issues amongst many clubs. Portsmouth, Bolton and Sunderland to nme a few, all trying to keep pace with the Premier League and thats just to stay in it, not even to challenge for honours. All those clubs have struggled and in Bolton’s case are very much in danger of going bust and out of the Football League, the fallout from that being no club for the supporters and a return to the very bottom of non-league to start again.

In non-league club’s do the same, in some cases a millionaires play thing until boredom sets in as the big money he’s paying out on players don’t deliver quick enough. It’s a dangerous game to play where there are only one or two guaranteed promotion places, but the FA you can see aren’t at all keen to intervene, nor the rest of the footballing authorities, it’s almost seen as ‘well it happens, let it carry on, not our problem’.

Other clubs are failed by local councils and authorities, many of those forgetting the part the clubs play socially in the communities around them and only when they’re gone do they realise their worth.

Some owners I’m sure see it that if they don’t spend to achieve, supporters will accuse them of a lack of ambition, but there has to be a fine line better managed between success and a club not being around in the future. Owners need to remember that they are just custodians of the club while they are in charge, supporters are there for life.

The footballing authorities must do more to protect their clubs, they are just as guilty as the owners spending the lavish sums. I have seen it estimated that there are nearly a third of Football League clubs living outside their means and one day that will catch up with them and some will no doubt be starting at the bottom again, 100 years plus of history lost in the blink of an eye. Something has to give and it has to be for the better before our unique system comes crashing down………