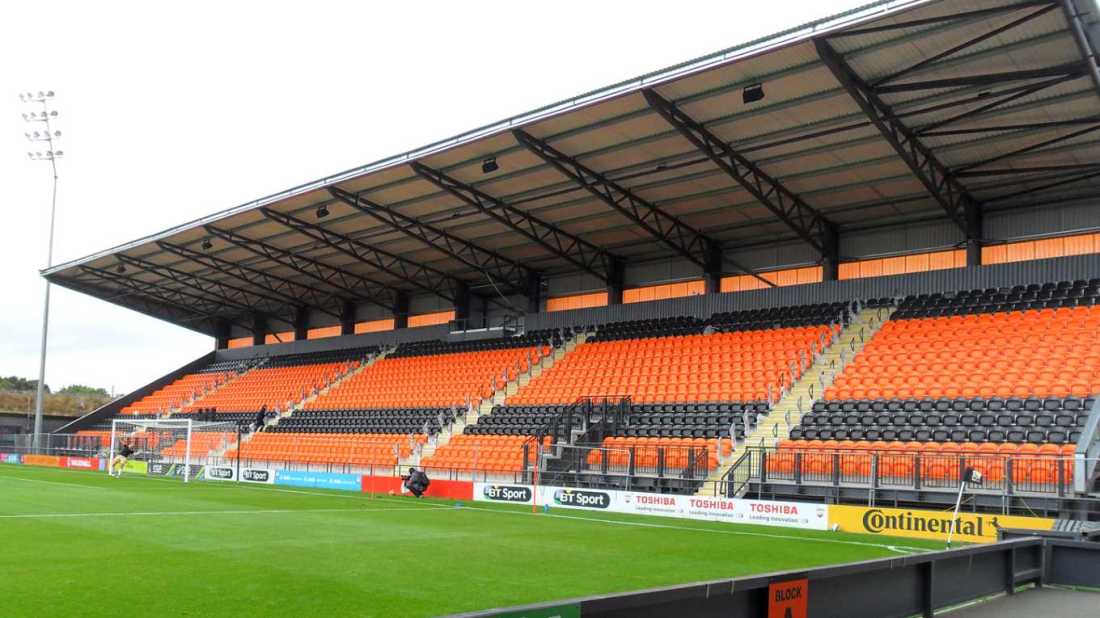 After taking in a tour of the new Tottenham Hotspur stadium on Saturday it fitted perfectly with a trip to The Hive to find out if Barnet could make further progress in this season’s FA Trophy, standing in their way were National League leaders Barrow, themselves in the middle of a quite outstanding campaign.

The Bees are on a run of eleven matches unbeaten in all competitions since defeat to the same opponents back in November and finally it appears the players are responding  to the way and system Darren Currie wants to play.

The game also saw the debut of Xander McBurnie, high hopes from the coaching team that he could well turn out to be next star in the making. The return of Ricardo Santos to the bench also provided an extra lift to the proceedings.

The first half itself was a drab affair, neither side able to string much together in terms of possession nor chances, Barrow despite making several changes to their line up proving just as tough a nut to crack. It’s fair to say that Scott Loach either side of half time was the reason for the score-line staying blank with two fine saves to keep out the visitors.

The second half just exploded into life on the hour mark and within ten minutes Barnet were in control and Barrow were brushed aside. The first goal arrived from an unlikely source in Cheye Alexander slotting home calmly after having dummied a defender. There wasn’t long to wait for a second either when the once again impressive Simeon Akinola scored his 16th goal of the season. Before the 70th minute ticked onto the clock Akinola’s strike partner Josh Walker got in on the act calmly beating his man and slotting past the keeper for 3-0 and game over for the visitors.

Santos was given the last fifteen minutes for a belated return to action in the black and amber whilst young Ronnie Edwards also saw a few minutes on the field as the Bees secured a place in the quarter finals for the second year running.

As every game passes there is a growing belief that this season is not done by means, nicely placed just outside the play-offs and within sight of Wembley in the Trophy. It might have taken time for some people to get on board with Currie and the way to play for this team, he has believed in the group from day one and now the just rewards are coming together at the right time of the season.

Writing this after the Trophy draw on Monday, another home tie this time against Halesowen is a decent draw and gives a good chance to make the semi-finals whilst if the Bees can maintain the league run then the play-offs are very much in the thinking as well, whilst much can be made of another sub 1000 attendance crowds on Trophy weekend didn’t register well for most clubs.

I think the one interesting question I’d like to put to DC would be ‘do the performances matter as much as the result to get us where we want to be’? I know what my answer would be, does it match the boss?…………………….