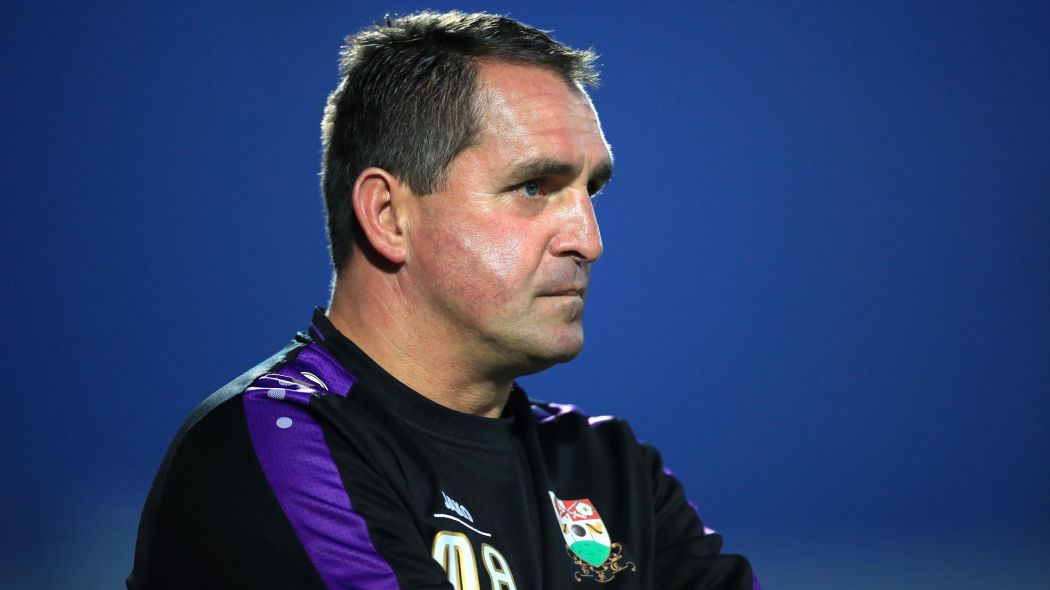 So then seven days ago I left things on a knife-edge and this blog will tie up the loose end to Barnet’s 2014-15 season. It’s ironic that in this time where circumstances are difficult I was expecting to hit 4.45pm this afternoon, have a few beers with old friends and then pop round to Darren Currie’s office and share a beer with him, Junior and of course Ben Strevens as it should have been Eastleigh at The Hive, two managers whose company I’ve had the pleasure of this season and kept in touch with.

But instead, this blog goes back to exactly five years ago, Barnet one game away from the Football League, forty-five games down and Bristol Rovers just one point behind, match their result and champions the Bees would be, Would they? Ten years after the last title triumph? You best read on…………

This morning five years ago was one of excitement and expectation, having seen Barnet become champions back in 2005 was I about see Barnet become the Conference champions for a record third time? The journey by car usually takes me around 2 and a half to 3 hours in total, today though was beers and the train! I met up with Gareth Spinks at Worthing, another convert to watching the Bees, well more he loves his football!

Beers on the train I think up to London, early into London I might add, maximum drinking time when we got to The Hive despite it being a 5.15pm kick off. I remember the sun was shining as it pretty should be at the end of April. Once at the mecca of footballing greatness, more friends to meet, Pete Williamson, Reckless, Lucy, Shep, Janet Matthewson to name drop a few, no nerves from me, but I am an eternal optimist and our fate was in our own hands from the kick-off.

On hearing the team news I wasn’t surprised to see Martin Allen had gone for an unchanged team, faith in those that had got the team to this point, but a strong bench with the likes of Charlie McDonald, Luisma Villa and Luke Gambin among the five. Not surprisingly also it was a full house, when The Hive is full it rocks but sadly we don’t get to this point often enough, something we can all hope will change after this pandemic?

The tones of ‘Sweet Child of Mine’, the eyes look up, the players emerge, you know for the next ninety minutes this is it! And Barnet were up for it, at it straight from the off, Allen had them up for this but to be honest nothing less than you expected from one of his team’s. Gash and Weston were the first to create chances and it wasn’t long before we were off our feet and ‘on our way’ once again. Rovers were already in front, news filtering around The Hive, winning was now the only option. Fitting that it was Mauro Vilhete who had established himself as a firm favourite in Allen’s team, a boy who had come through the ranks and the longest serving player in Barnet colours began to write himself in Barnet history. The smallest player on the pitch with the most majestic leap made the breakthrough on 25 minutes with a free header and this stadium went nuts! We were on our way, to the Football League!

It should have been two before the break, Weston’s sweet volley from 20 yards crashing against the bar, we thought that was it! In and game over, but the goal lead at half time would be enough still forty-five minutes later.

So far, so good for us lot, but knowing one goal would peg us back and advantage Rovers, no chance for letting up. And just four minutes into the second half, there he was again, that man Vilhete stabbing home from yards out to send The Hive wild again after Gash’s header was cleared off the line. Almost before we were back in the seats though, the Heed almost halved the deficit, Graham Stack as so many times over the season was equal to the effort, a stunning save watching it back on the re-run, the best Gateshead managed for most of the game until a late disallowed goal for offside.

Vilhete and Akinde both had chances to really crown the performance, but two goals were enough, seven clearly weren’t and Allen had delivered the title and with it a return to the Football League. The celebrations once the final whistle went were something else, one of those things that lives with you forever.

More beers, more celebrating until we had to go, or the last train back to Littlehampton was departing without us! Memories though, not just of today but a season’s worth, one I believe Martin was confident from the off we could or would win this. It was also good to see former Bees boss Edgar Davids was there to witness the return to league football, nodding approving glances at the final whistle and beyond.

Some big players won medals, everyone contributed, the experience that had collected in this group before a ball was kicked. I don’t want to leave players out here, but I think some deserve a bit more. Of course without Akinde’s 31 goals we don’t win games, Weston’s goals at the back end of the season cannot be underestimated, a player who goes under the radar does his job wherever he is asked to be, but those goals just as crucial as Akinde’s? I’ll let you decide that! The back five, rarely unchanged throughout the season, Stack, Yiadom, N’Gala, Stephens and Johnson, consistency and foundations that allow a team to flourish, the arrival of Connor Clifford to spark fresh legs into the midfield, Sam Togwell the sometimes unsung anchor in that midfield, the early season contributions of Lee Cook and Charlie McDonald, the emergence of Luisma Villa at crucial times with goals too, and Vilhete, the final star, the hero, of a campaign that promised and delivered and a place in Barnet history for a talented squad and manager.